If you are looking for Yggdrasil Gaming Casinos and what bonuses are on offer for April 2020, we’ve got a great selection of sites listed right here

Yggdrasil is still a new addition to the gaming developer industry having been founded in 2013, and today they are most popular for their scratchcards and slots. Since its foundation, Yggdrasil has been on the receiving end of various awards for their hard work and excellent output, bagging the Rising Star award in 2015 and winning Slot Provider of the Year continuously at the EGR Gaming Awards. It is certainly not an over-exaggeration to say that the team at Yggdrasil is getting a bit of a reputation for coming out on top.

The name “Yggdrasil” is quite unusual and almost impossible for English speakers to say out loud, with the title referring to a mystical and mythical tree-based in Norse mythology. Considering their games are all about taking players to the next dimension and winning rewards beyond their wildest dreams, it makes sense that Yggdrasil was named after something almost unbelievable. Everyone can rest assured that no matter where you go, Yggdrasil games will be ready for play as every single one of them is developed especially for mobile devices.

Licensed by the UK Gambling Commission, Yggdrasil games can be played all across Europe on websites such as Mr Green, Leo Vegas, and Casumo, amongst others. One of their fan favourite games is Vikings Go Berzerk, which we definitely recommend you try out, along with some other thrilling games. Only the finest quality is accepted by Yggdrasil’s developers, so you can be sure that you’re taking part in a fantastic, other-worldly experience when playing one of their many games.

What is Yggdrasil, exactly?

Having gained a license in 2013, Yggdrasil was founded by a predominantly Scandinavian team, as you might have guessed from the name which is based on Norse mythology. Fred Elmqvist, formerly of NetEnt, is the head of Yggdrasil, and although most of the guys working for the business are Scandinavian, the firm is actually situated in Malta.

Realising that times were changing and games were becoming quicker, more responsive and slicker, Yggdrasil’s crew threw out the old flash format and instead headed towards HTML5 and iSENSE in 2014, which ensured that every game they created would be suitable for mobile devices. Subsequently, they began work on tools like BOOST that is used on promotions in-game which reward players as they complete different tasks, and Brag, allowing users the opportunity to share their wins with their friends and competitors on social media sites. Despite the fact that they are best-known for scratchcards and slots, the company has decided to move in a slightly more outward direction by developing bingo games, table games, and a lottery game.

They hold licenses issued by the Malta Gaming Authority, the Gibraltar Regulatory Authority and the Romanian National Gambling Office, as well as the previously mentioned UK Gambling Commission. Nobody can question the morality or trustworthiness of the company. These licenses, partnered by their multiple awards such as Innovator of the Year in both 2017 and 2018, and being crowned top Gaming Software Supplier in 2016, should tell you everything you need to know about their dedication to making fun, fair games.

Pros and Cons of Yggdrasil

Visually pleasing – Graphics are generally of great importance in the gaming world as technology advances and better machinery becomes available, so it comes as no surprise to find that Yggdrasil is one of the very best when it comes to visuals. From intricate cartoons to wonderfully detailed worlds, you will find yourself immersed in their brilliant, mythical arena.

Varying results – Losing over and over again becomes monotonous, and while some gaming developers find this is the best way to make money for their clients, Yggdrasil wants players to enjoy their experience and take something from playing one of their games. That’s why there is a real variation in the outcome of slots games, meaning that a huge win is often just around the corner if you stick around. This may sound obvious, but it’s more enjoyable for customers to feel they have a chance instead of expecting to lose every time – which is something other developers are yet to realise.

Impressive range of games – Although they were launched as a company around six years ago, Yggdrasil has already created a wide range of incredibly well-designed games for players to choose from. Admittedly, they’re not yet on the same scale as NetEnt of Microgaming, but it’s arguable that their games are more fun to play.

Random Victories – Yggdrasil has developed their games in such a way that makes every round feel like a brand new experience. This is done by making the game create brand new challenges each time the player takes part in a game or plays for quite some time on the game. Completing these challenges will reward players with additional prizes that they may not have even been aware of.

Hard to find Bingo games and others – The downside to putting so much focus and effort into scratchcards and slots is that Yggdrasil has a very limited portfolio in terms of bingo titles, table games and more. Therefore, it can be difficult to find their games in these genres on betting sites which is rather disappointing, but we are sure that they are working to design more of these types of games all the time.

You may be wondering why there is such a fuss surrounding Yggdrasil, and we’re about to demonstrate why the developers have increased in popularity so rapidly over the last few years. Whilst they have made scratchcards and bingo games, we will turn our attention to their slots creations for now. Below, we have detailed some fascinating games by Yggdrasil, and you’ll soon understand why everybody is raving about this company.

Vikings Go Berzerk: Made as the follow up to the original Vikings Go to Hell, this title more than lives up to fans’ desires and expectations. With terrific graphics that make the game visually enthralling and a soundtrack to match the mood, players will have the time of their lives when spinning this slot. Some additional features will see users rewarded with free spins, treasure chests full of coins and more spins, sticky wilds and the Viking Rage meter. Once the meter has reached its limit, the players’ Viking will lose his mind and begin battling sea creatures in an attempt to win up to 4,000 coins.

Baron Samedi: This one is slightly darker than what you may be used to from Yggdrasil slots, but if that’s what you’re interested in then look no further. Baron Samedi will take you to his world, in which he is lord of the dead, where voodoo is rife and spirit summoning is simply a pass-time. On top of free spins, there are cards to be collected by players which will reward anyone who has amassed enough with more spins, bonus multipliers and more.

Sunny Shores: If you’re now concerned under the impression that Yggdrasil mainly creates dark games, you’ll be happy to know that they are also capable of developing adorable and comforting slot games too. Take Sunny Shores as an example, which transports players to a land where the sun always shines and the sea glistens with clouds nowhere as far as the eye can see. Within the game, there are 27 pay lines and the 5×5 grid is unusual, but it’s not hard to get used to it. The Return to Player (RTP) for this slot is 96.2%, so this slot is certainly one to play while lounging in the sun.

Holmes and the Stolen Stones – A progressive jackpot, Holmes and the Stolen Stones has 5 reels and 20 pay lines, with Sherlock Holmes being the main attraction. Your aim is to search for the missing stones and you’ll gain access to the warehouse to play a hidden game, and once inside you have the chance to get involved in the free spins jackpot game which hands winners sensational rewards. Should you fail to win the maximum jackpot there is no need to fret, as the game pays out ridiculously often anyway.

Jokerizer – This one is a little more old school and for those who prefer classic games. Jokerizer’s features include a Joker, 7s and fruit icons and is a 5 reel 10 pay line game trip-wired with plenty of chances to gamble. On top of that, Jokerizer’s bonus round could see winners earn a whopping 6,000 coins in total. Not for novice gamers, Jokerizer is designed for veterans of the slots scene who are used to biding their time before receiving a handy payout. If you come up trumps in this slot, you’ll feel sorted for life.

Of course, we can’t name each and every game ever made by Yggdrasil as that would be overkill, but we can say that their other titles are of similar quality to those above. Whether you’re into dark and wicked themes or cute ones that warm the heart, Yggdrasil has something for everyone. There are also penny slots for players that just want some easy fun and loads of video slots that are much harder but provide greater rewards. Regardless of your desired game, Yggdrasil is virtually guaranteed to make you feel at home in their mythical world of slots.

Although they are a young company with plenty of learning still to come, Yggdrasil has already proven themselves capable of competing with the big guns in the industry – just look at their accolades. They were one of the few who initially saw the potential in mobile gaming and heavily invested in that sector early on, allowing them to get a head start before anyone else in their field. This has seen Yggdrasil take a technological advantage going into the future, with more experience in their team than you may expect from a company that didn’t exist ten years ago.

If there is one word to describe Yggdrasil, it’s “innovative”. They never release a game without it passing their rigorous quality checks, which has led to their beautiful, visually magnificent games catching the eye of players from all over the world. With in-game prizes to be won without players even realising and more ways to rake in mega cash prizes than on other regular slots, competitors shouldn’t be left scratching their heads, wondering what they’re doing wrong. In truth, the plain fact of the matter is that Yggdrasil is one step ahead, rather than others being many steps behind. 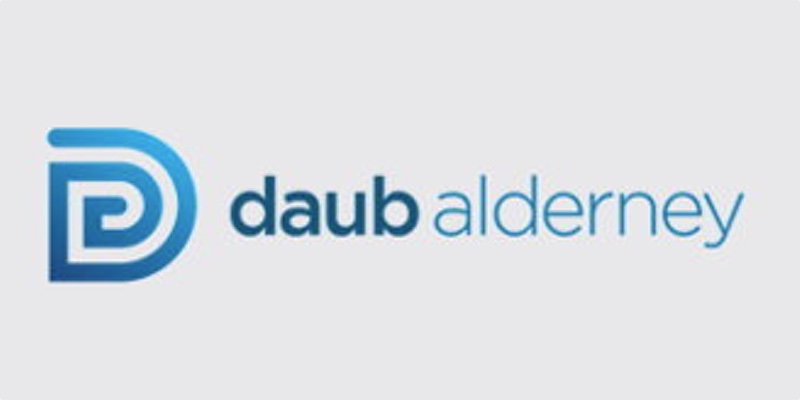 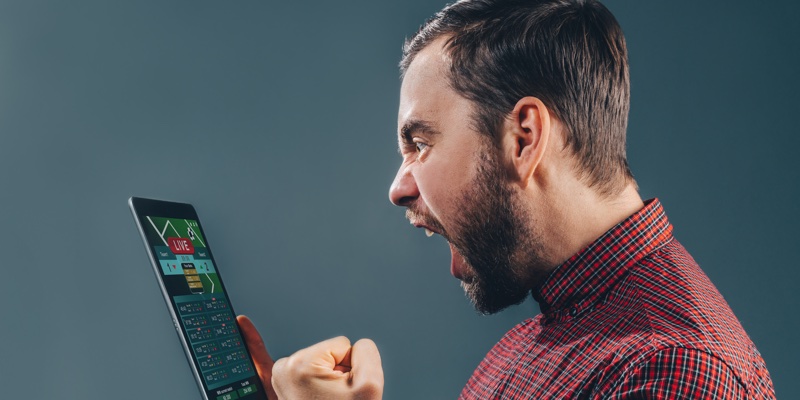